Is M-Pesa really Kenyan or British?

Hailed as the “Kenyan technology success story”, many have claimed M-Pesa to be testimony to the greatness of the East African country’s technology scene, producing world-class technology companies that rival those in South Africa. But, is the acclaimed mobile money service really Kenyan at all?

The answer is no. M-PESA is British.

By any stretch of the currently available facts, the service that accounts for more than 31 percent of Kenya’s GDP in transactions was conceived by a British professional who was also the architect. The company commissioned with developing the idea into a workable technology was British. Additionally, the company that owns the intellectual property rights to the idea is British and, lastly, it was funded in its initial stages by the British Government.

The story, according to Paul Makin, former M-Pesa architect and professional in the UK banking sector, started before 2007. Makin says that the “original team was Nick Hughes and me. I came up with concept and architecture.”

On the question of why they settled on the name M-Pesa, perhaps the only Kenyan aspect of the innovation, Makin said: “We talked as a team in a Nairobi bar. Came up with it, asked the batman (sic). He liked it, so it stuck.”

“Nick forced it through the business (UK’s Vodafone). Susie Lonie joined after about 6 months.”

All this took place in 2004, before the service was to be launched in Kenya 3 years later in 2007 through Safaricom Ltd, a Vodafone majority owned telecommunications company in Kenya.

It is during these initial stages, pre-launch in 2007, that Hughes pitched the concept to the “powers that be” at Vodafone in the UK. Vodafone quickly realised the potential in the concept and decided to match the £1 million funding provided by the British Government’s Department for International Development to further develop the concept.

With funding secured, it was time to turn the concept into a working service and test it.
Sagentia, a British technology development company with headquarters in Cambridge, tendered to develop the concept and was selected as the technology partner to oversee the development of the user application which would sit within the mobile phone, the communications software sitting within the network (Vodafone, Safaricom), and the centrally hosted account management system.

According to Makin, the decision to go with Sagentia was a decision agreed to by the whole team.

Even during these stages there is a hint from Makin that the concept received some resistance from within Vodafone, with them wanting to “pull the plug” at a certain point, but with the significant help of Michael Joseph, former CEO of Safaricom and now Vodafone’s Director of Mobile Payments, the concept came to be accepted within Vodafone.

On how big an impact Joseph had on the success of M-PESA, Makin says: “A big one. Wouldn’t have happened without him. He made sure SF (Safaricom) worked with us, and worked with Nick to get it through VF (Vodafone).”

Sagentia further worked with Vodafone throughout the development phase of both the pilots and the full roll out. Extensive market needs analysis for potential users and stakeholders and extensive prototyping was run so that the service and user interface would be accepted.

In March/April 2007, Vodafone launched M-Pesa in Kenya, and the rest, as they say, is history.

Makin insists that M-Pesa is a Kenyan innovation. He explains: “There were the agents, who worked very hard. Without agents, M-Pesa is nothing.”

Unfortunately, whether a technology is of a certain country cannot be determined by the “agents” who were involved in pilots, roll-out or as “resellers”.

Many technology companies that are European or American have agents and resellers in each country they operate in and as such, this does not instantly mean they are now Kenyan, Nigerian or South African. This part of Makin’s argument that M-Pesa had Kenyan involvement in its innovation or development stages is not convincing.

But there is a twist in the tale.

Could the “real” M-PESA innovator please stand up?

Nyagaka Anyona Ouko, a Kenyan from Nairobi, claims he is the innovator of M-Pesa and claims that Vodafone and its representatives stole the idea of Mobile Cash Transfer from him.

He presented HumanIPO with a certificate from The Kenya Copyright Board dated 15 June 2012 which reads:

“It is hereby certified that a Copyright Work in the LITERARY category entitled MOBILE CASH TRANSFER and numbered KCB 011146 has been registered in the name of NYAGAKA ANYONA OUKO of Nairobi.”

Despite this certificate being awarded in 2012 and being stated as being in the LITERARY category, Ouko insists he is the original M-PESA innovator and further elaborates by saying that he has been “trying to Patent a Money Transfer system way back in 2003”.

Even though he says that he believes many more Kenyans contributed to the innovation and development of M-PESA without recognition or reward, he writes, “Even though I currently believe I am the one, I start this with an open mind. If another person or firm comes forward with compelling proof I am ready to step aside and support that person.”

He adds: “By 2003 I was running a simple mpesa system and earning money!”

Ouko claims that he presented Safaricom with a “concept document” and alleges that “If you see the document I sent to @SafaricomLtd you will understand that. All they did was code!”

Until Ouko or anyone else comes forward, or better still goes to court, with compelling evidence, M-Pesa is and will remain British.

This further raises questions on Kenya’s technology scene and its desire to “pat itself on the back” given the M-Pesa “success story”.

Given things as they stand, the only truly Kenyan global runaway success tech story is Ushahidi. Introspection is due amongst Kenya’s tech industry, which is perhaps starting to believe its own marketing. 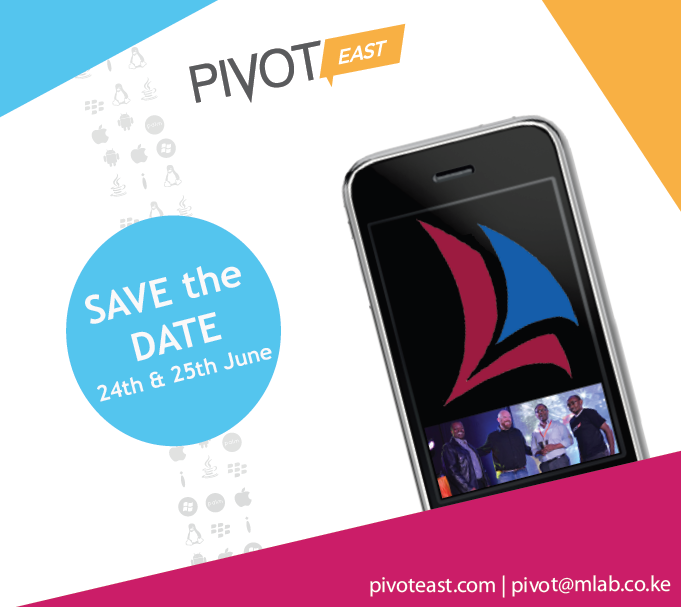