A man with a startup bloodstream 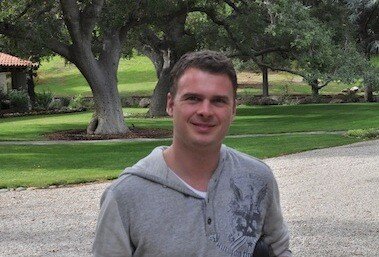 Our Danish mentor Claus Kristensen has been involved in many startups in his birth-country, as well as Norway and New York, already since high-school. He also comes from a family of entrepreneurs. “It is in my blood,” Claus says.


For the past 10 years he has had a business with two partners investing in clubs and cafes – either building them from the scratch or taking over a places that need a turnaround. This has also given him a chance to get the flare of quite different worlds like real-estate, energy drinks and consulting, as well as helping startups – at the moment a cafe in New York for example.

As people like him go to prove – the more you do, the more you accomplish, Claus also operates as a management consultant for Quartz+Co – the company that will be providing some useful training for the young entrepreneurs participating in the second Nairobi edition of IPO48.

Claus has learned from his previous mentoring experiences that one of the most important things is to balance passion and energy with the need to focus on getting the basic business right. “Keeping focus as a pioneer can be hard because your head is filled with ideas and it feels like you can take on the World,” comments Claus. “Too many times i find entrepreneurs focusing only on all the possibilities and spending too little time on getting the basic revenue rolling.”

So, wrapping it up into quick 3-advise form, Claus advises entrepreneurs to:
* Focus quickly on getting a basic business running which ables to show investors and banks that revenue is generated and the idea works.
* Remember that the idea is only 10%. Carrying it out is the rest!
* Understand that the team is really crucial – both in terms of having different competences and in giving each other energy when times are rough. So many ideas fail because of this not working.

Claus also considers that sometimes there is a long way from the academic text books to real life. “You can be inspired from models and theories but it is the things that are not in the books that really make you succeed – the right idea, the right way, the right time with the right people. And maybe a little luck added,” he says.

While talking about the most lucrative areas at the moment for the startups to aim for, Claus answers: “I suppose you must answer Internet / technology since here you can build something very quickly and reach a big and global market very fast. However this business also is characterized with an endless queue of people wanting success and trying over and over again.”

In Claus’s opinion there is also a significant difference between markets – in Denmark it might be a good time to focus on biological products, luxury or discount products (a part of the mainstream market is dividing to either top or low level products) or maybe even buy real-estate – whereas Kenya is totally different and here you can really use some of the technological shortcuts and ideas from the more developed parts of the world.

A word of caution though, says Claus – even though the globalization really gives great opportunities it must not be seen as the easy or quick way to fortune and you must remember that there are many local possibilities – both on and offline.