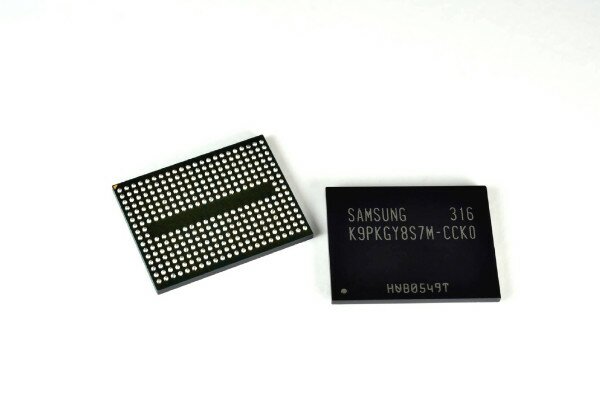 Better scaling, as well as improved performance and area ratio will increase the power of an array of consumer electronics and enterprise applications.

Also to be embedded in NAND storage and solid state drives (SSDs), the 128GB chip will provide double the scaling that was possible with the previous edition.

Jeong-Hyuk Choi, senior vice president of flash product and technology at Samsung Electronics, said: “The new 3D V-NAND flash technology is the result of efforts to push beyond conventional ways of thinking and pursue much more innovative approaches in overcoming limitations in the design of memory semiconductor technology.”

The mass production phase of the new chip will be followed with more 3D V-NAND products to promote better performance and higher density.

According to Choi, the release of the chips “will contribute to further growth of the global memory”.

New innovation is being introduced with 3D V-NAND through vertical stacking of planar cells for 3D structure by developing Samsung’s CTF architecture.

Global revenue for the NAND flash memory market is anticipated to reach US$30.8 billion by the end of 2016.