First installation of the EMC Forum kicks off in Cape Town 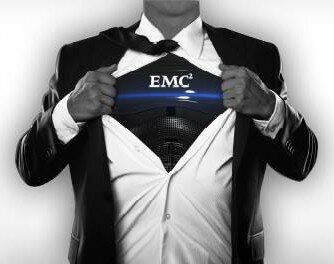 The first South African installation of the EMC Conference began in Cape Town today with the second installation taking place in Johannesburg later this week.

The EMC Corporation is an American multinational company and a leader in big data, cloud computing and a trusted IT solutions provider.

In terms of IT transformation and next generation computing, Elias said it is actually simple, exciting, but also very challenging.

“As we move through from first generation technologies… which were originally designed to automate paper processes, and they were for millions of users throughout the world,” said Elias.

This forms the first platform, which included terminals in the form of mainframe and mini computers.

The second platform involves the development of the personal computer (PC), which includes local area network (LAN) and servers.

“Most of us, in fact, grew up in the second platform… In fact this is where EMC as a company was born along with many of our peers,” said Elias.

“Here we began thinking about hundreds of millions of distributed users around the world with tens of thousands of apps and these moved from custom apps (as with the first platform) to more packaged apps.”

The third platform as described by Elias includes mobile, cloud, big data and social technologies, which is beginning to reach billions of users and encompasses millions of applications.

Elias said while the second platform runs the majority of systems and will for some time, there is a move to mobile or the third platform.

“We are now in a world of billions of users around the world with millions of apps being developed and utilised every single day,” said Elias.

Elias then said the top three trends driving IT spending in 2013 is big data problems, cloud computing and security.

Elias said there are three paths to cloud computing infrastructure.

These include EMC products, partner VSPEX and the VCE VBlock.

In terms of the VBlock, Elias said it increases agility because it is five times faster in deployment, it requires four times less of staff resource time, its availability is 83 times better, and three times less in terms of IT costs.

According to Elias, trust within IT systems is very important to clients, thus trusted IT means identifying and repelling threats through advanced security, protecting data through integrated backup and recovery, and ensuring availability of applications, systems and data through continuous availability.

In order to make the services of EMC “the best of the breed”, the company is split into three different companies, which were “constructed horizontally”, meaning they are independent.