Department of Basic Education fails to meet all ICT goals 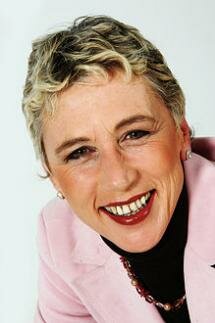 Only 4,195 (17 per cent) of South Africa’s 24,453 schools are connected to ICT for teaching and learning purposes, revealed during a recent Basic Education Portfolio Committee meeting.

Annette Lovemore, shadow minister of basic education for the Democratic Alliance (DA), referred to the national policy on ICT within education, which was detailed in White Paper 7 and published approximately nine years ago.

The policy stated its goal as: “Every South African learner in the general and further education training bands will be ICT capable (that is, use ICTs confidently and creatively to help develop the skills and knowledge they need to achieve personal goals and to be full participants in the global community) by 2013.”

According to Lovemore, the Department of Basic Education (DBE) admitted yesterday none of the deadlines within the ICT implementation strategy had been met.

The DBE reportedly revealed the number of schools equipped with ICT infrastructure for teaching and learning declined to 24 per cent in 2011 (after the completion of the last assessment) from 26.5 per cent in 2002.

Out of 492 Dinaledi Schools (Dinaledi is a programme aimed at the improvement and increased participation in mathematics, life and physical sciences), 223 have no internet connectivity.

In South Africa, 32 per cent of teachers have received basic computer skills training.

The Eastern Cape and Limpopo provinces reportedly have the lowest figures in terms of basic computer training with 9 per cent and 3 per cent respectively.

“This is extremely concerning given the need for computer literacy skills for learners in finding jobs when they leave school. In a changing, modern economy, this could be the difference between success and failure,” said Lovemore.

“It could also be an opportunity for learners who are faced with under-performing teachers to access the information themselves.”

The DBE will be presenting a revised implementation plan to the Heads of Education Departments Committee (HEDCOM) on August 27. Lovemore said she has submitted questions, which requests the details of the new plan.

“The technology is there. The benefits are obvious. The private sector is fully involved. The political will must now shown,” said Lovemore. “We need to remember why we educate learners – so that they may become employable, maximise their use of opportunities, and contribute to society.

“Few people in today’s world can achieve this without being e-literate.”