Building the app is the easy part, getting it noticed is much harder 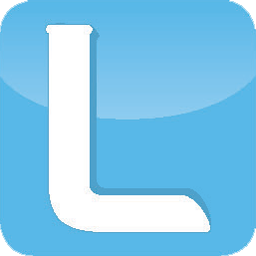 Namibian software and web development company Omalaeti Technologies has produced a social media and news application, which aims to connect citizens to statistics, discussion and updates on what is happening in the southern African country.

Lela was launched in November last year and has less than one thousand downloads on each of the major mobile platforms – iOS, Android and BlackBerry.

“We are trying to build a social media platform centred around Namibian brands and companies,” Nyamapanda said.

“There is news stories coming from the presidency and newspapers and we also have information provided to us by the National Statistics Agency.”

But Nyamapanda admits getting high usage numbers is not easy and they are still working on their marketing and activation strategy.

He said: “Having a good product, that is the first bit, but we need to make sure the app is out there and being seen.

“We have done some radio advertising and promotions and activations. We need people to know there is something called Lela.”

Nyamapanda also lamented the low penetration rate of smartphones in a country with a population of around 2.3 million.

Omalaeti Technologies was founded in 2008 and provide customised software and web development for its clients, but in the last year has moved into mobile development.

Nyamapanda said the company benefited in its early stages from signing up a number of big brands as clients such as the Namibian Broadcasting Corporation, the New Era newspaper and Radio Energy.

The CTO added: “We were not the first in Namibia to do what we did, but we took a different approach.

“We came with ideas that were new back then. Social media was not very prevalent, but we managed to get our clients active on it and provide them with a platform to do that.”

The website building business everywhere has been affected by ‘do-it-yourself’ platforms, but Nyamapanda believes there is still room for companies like Omalaeti.

“Companies can come up with a website quite easily now, especially with things like WordPress and Joomla,” said Nyamapanda.

“That is shrinking the available market for us, but the way we try to stay ahead is by remaining true to how we started. We will continue making customised solutions.”