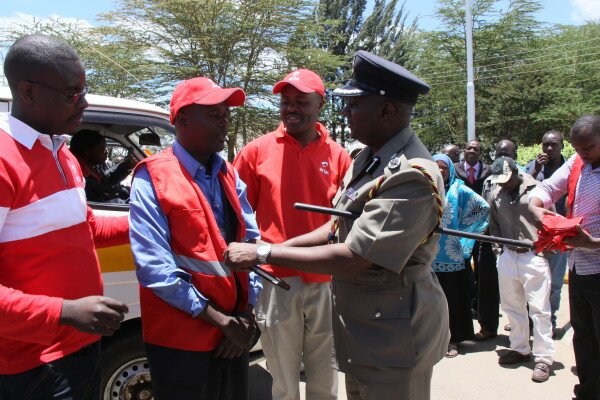 The tracking system helps to monitor driving behaviour minute-by-minute regardless of where they are driving in the country and the same data generated by the system will also be used to identify drivers who need extra training so as to achieve a change of attitude as they handle passengers.

The rewarding programme will go a long way to enforcing compliance to traffic rules rather than evasion.

Through the initiative, the National Traffic Commandant, Samuel Kimaru, will identify and reward drivers from 2NK SACCO along a number of busy highways including the Nairobi-Nakuru Road, Nakuru-Eldoret Road, Nairobi-Nyeri Road, among other highways frequented by 2NK MATATU SACCO vehicles.

Airtel Kenya managing director, Shivan Bhargava, said: “We lose several thousand lives to road accidents annually and this has serious humanitarian and economic impacts on the country and its citizens.

“Our partnership with Frotcom has so far helped to reduce road accidents on Kenyan roads whose significant direct cost in lives lost, social and economic implications cannot be ignored. We will continue with this partnership and save lives by reducing the risk of crashing and killing passengers in the event of an accident which is directly related to high speed.”

Samuel Kimaru, National Traffic Commandant, said: “We are grateful to Airtel for not only providing an efficient means of vehicle tracking communication but also by touching the entire community by creating a positive impact in our communities and ensuring that road safety is enhanced.”

Airtel and Frotcom have already fitted GPS-tracking systems in more than 550 vehicles in the SACCO’s fleet, which relay messages of speed limit violation to the SACCO management.

The system also tracks fuel consumption and number of trips a vehicle makes and gives alerts when a vehicle diverts from its intended route, which will assist in managing misuse and any possible criminal cases such as incidents of carjacking or vehicle theft.

Estimated financial benefits show that the SACCO members could save up to KSh40 million (US$461,000) annually by sealing revenue leakage loopholes with the use of this product.

The savings will be made with reduced accident claims to the insurers significantly reducing the cost of risk management.

The Frotcom and Airtel partnership has also benefited the SACCO members including access to data enabled devices (handsets) with Airtel numbers that they can pay for through monthly installments.

These devices will enable them to make unlimited calls on Airtel using the closed user group rates within the SACCO group members anywhere in Kenya and access the internet easily through the devices on Airtel’s data network.

Also included in the partnership is payment of fares through Airtel Money and direct transfer of cash from the Airtel Money pay points in the matatu directly to the owners thereby reducing the risk associated with handling cash.