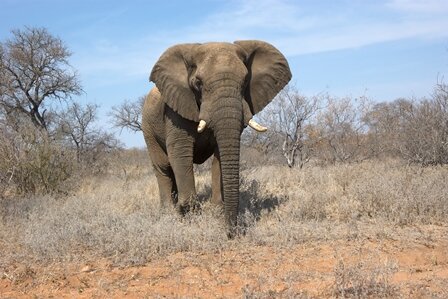 Google Earth is seeking to protect Kenyan elephants against poaching through circling the Maasai Mara with drones.

Poaching is increasingly threatening the 40,000 Kenyan elephants, with 232 killed so far this year up to the end of last month in addition to the 384 killed last year. Elephant ivory is being sold for US$1,000 in Hong Kong.

Nature conservationists are using Google Earth to track down illegal hunting in an effort to halt the practice.

Goss keeps a watch over 30,000 hectares of savannah.

Fifteen elephants have been equipped with collars tracking their locations synchronised with Google Earth, while ten drones for following elephants will be obtained soon.

Meanwhile the Kenyan government is thinking of tightening poaching punishment, increasing the fine to KSh10 million (US$117,00) and 15 years jail sentence.