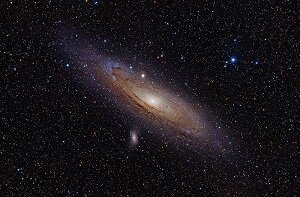 The Square Kilometer Array (SKA) radio telescope in South Africa’s Karoo desert may generate ZAR18 billion (US$1.8 billion) for the country through its first phase, according to Derek Hanekom, minister of science and technology.

“Preliminary estimates for the operations cost put the potential net foreign inflow… into South Africa, for SKA phase one only, at close to ZAR18 billion over the lifetime of the project,” Hanekom said in a written response to a parliamentary question.

The construction of the SKA’s phase one is set to begin in 2016, with its core site located near Carnarvon in the Northern Cape province.

According to Hanekom the funding model for the SKA, which will be the most sensitive and largest radio telescope in the world, is still within the negotiation process on an international level.

Dish receptors will extend into eight African countries from the central core in South Africa. These countries include Botswana, Ghana, Kenya, Madagascar, Mauritius, Mozambique, Namibia, and Zambia. Low aperture arrays will be built in western Australia.

“South Africa would attain an appreciable amount in construction contracts, split both between infrastructure construction and high-tech industry,” said Hanekom.

In terms of benefits for South Africa, Hanekom said: “National benefits are broad in scope, and range from direct benefits through the construction and operation of the SKA facility, through to indirect benefits as a result of South African scientists, engineers and high-tech industry participating in a globally collaborative project that is developing cutting edge technology.”

According to Hanekom the perception of South Africa as a desirable destination for the investment in hi-tech engineering and ICT infrastructure will grow, thanks to the SKA project.

The primary function of the SKA radio telescope, once completed, is to assist radio astronomers to better understand how stars and galaxies were formed as well as how they evolve over time.