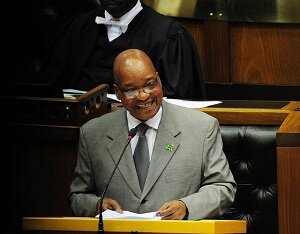 President Jacob Zuma’s statements during his address to the National Council of Provinces (NCOP) must be actioned to the controversial e-tolling of Gauteng’s freeways, believes the Opposition to Urban Tolling Alliance (OUTA).

OUTA said it was encouraged by Zuma’s address to the NCOP in which he said: “South Africans… want to be engaged continuously and have strong views about how they should be governed.”

In the same speech Zuma said authorities should be held accountable to their communities, and said there is a need for “effective public engagements”.

“While we agree wholeheartedly with these statements, we are left deflated when it comes to action displayed by the authorities in this regard,” said Wayne Duvenage, chairperson of OUTA.

“This is clearly the situation with regards to the e-tolling debacle, where the public engagement process was extremely dismal and even at this late stage, when it is not too late to halt this highly rejected and ill-conceived plan, the authorities continue to ignore the views of the people on this matter.”

OUTA said the e-tolling “fiasco” presents Zuma with an opportunity to show government officials what he said regarding public consultation.

According to OUTA meaningful public participation facilitated by the South African National Roads Agency Limited (SANRAL) would not have caused a cancellation of the Gauteng Freeway Improvement Project (GFIP), but it would may have provided a more efficient, acceptable and amenable solution for South Africans to pay for infrastructural requirements.

OUTA believes this would also have resulted in society being able to understand and accept the necessary work needed to upgrade the freeways as well as scrutinise contracts and explore alternatives.