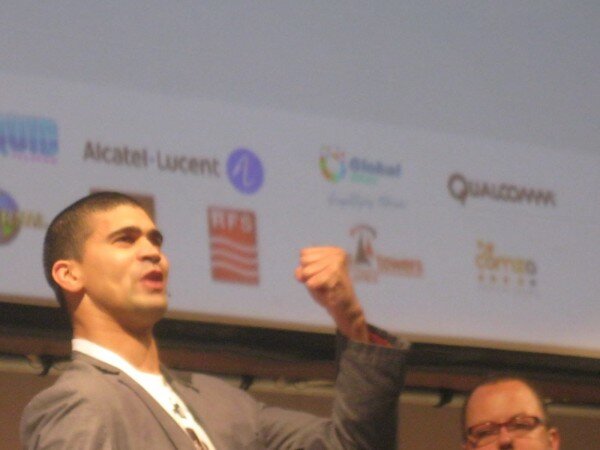 Technology and blogging can be used to break the cycles of crime in impoverished communities, according to Marlon Parker, founder of Reconstructed Living Labs (RLabs).

RLabs initially started in Cape Town in 2008 as an environment for community-driven innovation and reconstruction, especially in areas such as the Cape Flats.

Speaking during his presentation “Breaking Bad” at the WordCamp conference in Cape Town last week, Parker said as much as the world is evolving, with many people leveraging the power of technology, others are still suffering, dying or turning to illegal activities to make a living as a result of poverty.

“I came to the realisation that in my community there are still a lot of people suffering… and for me it was [deciding]… how do we go about breaking the bad?” Parker said.

Parker said it was “heartbreaking” to see children as young as nine or 10 wanting to leave school to push illegal drugs and the one thing missing in communities from places such as the Cape Flats was hope.

This essentially inspired the beginnings of RLabs when Parker began thinking of ways to help his community, particularly with sharing their personal stories.

“At the time we didn’t have any funding, there was no business plan or major strategy, it was really about meeting a real need of the community where I grew up. We started with a 386 computer (a computer first launched in 1985), and it was running on dial-up [internet],” said Parker.

He worked closely with a man associated with one of Cape Town’s most notorious criminal gangs at the time, a man he described as wanting to make a life change. Parker then introduced him to the world of the internet and blogging.

Following this, Parker said 14 other men had seen the blog posts by the ex-gang member and approached Parker because they also wanted to learn “how to do this internet thing” and “this social media thing”.

This initial group was comprised of men Parker described as not having any curriculum vitaes (CVs) but criminal records against them instead. Their crimes ranged from organised crime, crystal meth dealing and one of the men was a hitman.

Parker then got permission from his place of work at the time to use their computer lab two Saturdays in a month. His boss was present for the first class and Parker asked his group what they knew about computers, to which one of the men responded: “Marlon, we know lots about computers, you know, we know how to steal them.”

Marlon did not believe this was a very good start given his boss was present.

When he asked “Do you know about Windows,” they said yes “that’s what we break into to steal the computers”.

However, progress, albeit slow, began to take place. When they began blogging and getting frustrated with all the spelling errors, they began bringing dictionaries to class before they learned they could find the correct spelling and change their spelling online.

Since improving the lives of gangsters through internet education and blogging, Parker said more people got involved and included people from four different generations in his community.

RLabs, with its specific focus on technology, media and entrepreneurship, among others, now operates in 21 countries, and provides an innovation incubator and accelerator programme.