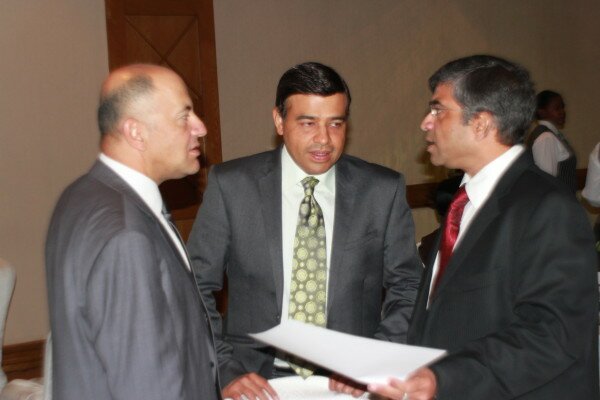 Kenya’s mobile phone operators and regulator the Communications Commission of Kenya (CCK) disagree over the new SIM card regulations, which will give the CCK the power to access private and confidential information on subscribers without seeking a court order.

The Standard reports operators have raised the red flag over clauses containing sweeping powers for the regulator, which will see them access premises, records, files and data in the possession of telecoms companies at will.

The telecoms argue the new regulations should be reviewed and legislated in tandem with the constitution, saying if gazetted they are tantamount to a breach of privacy.

“The constitution is clear on the right to privacy and Parliament has to legislate on it if there are situations that warrant breach of privacy… only an Act of Parliament can do that and not a regulation,” said an official with a mobile operator.

Consumer rights activists have also voiced their concerns, saying the regulations are particularly in breach of the right to privacy as provided for in the constitution.

However, in response to questions on the subject the CCK said it relied on Article 35 of the constitution to formulate the new rules.

“In this respect, Section 93 of the Kenya Information and Communications Act, 1998 provides for the manner in which such information is to be applied. The said section provides that access to information and restrictions on disclosure of information held by the Authority shall be implemented pursuant to Article 35 of the constitution. It is noteworthy that the said Article binds all State organs and persons,” said the regulator.

This comes after HumanIPO reported last week that telecoms and the CCK had held a closed door meeting to iron out issues regarding the communications sector, where the regulator said the mobile firms had agreed with the regulations.

“The operators equally endorsed the Kenya information and communication (registration of Subscribers of telecommunications services regulations 2014 which will be promulgated by the commission soon,” said CCK director-general Francis Wangusi.

Kenya’s phone users face huge fines under the new laws, with users who give false information when registering their SIM cards liable to be fined KSh100,000 or be jailed for six months.

Contravening the new rules will also lead to a fine not exceeding KSh5 million (US$58,139) for mobile phone companies, while agents committing offences under the regulations will be fined KSh500,000(US$5,813) or a jail term of up to one year.

Persons committing other offences under the regulations will face a fine of KSh300,000(US$3,488).