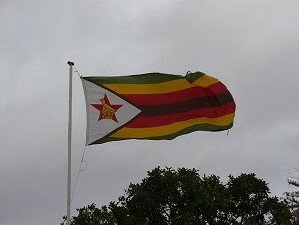 Editor of Zimbabwean state-owned newspaper the Sunday Mail and alleged personality behind the Baba Jukwa Facebook account Edmund Kudzayi has said he was one of the masterminds of Zanu-PF’s victory in 2013, despite accusations of the attempted subversion of Robert Mugabe’s government.

The Standard reports Kudzayi has said accusations of cyber terrorism through the Baba Juwka Facebook page are “reckless attempts” by government officials to please Mugabe.

Last month, Kudzayi appeared in court under charges of insurgency, terrorism and subversion of an elected government for links to Baba Juwa.

His brother, Philip Kudzayi, later surrendered himself to the police and is accused of complicity in running the account.

However, Edmund Kudzayi told The Standard he worked tirelessly to produce Zanu-PF material and was a key member of Mugabe’s election campaign.

“I was very instrumental in campaigning for the very government I am being alleged to have intended to subvert. I also employed my expertise in information technology to help Zanu-PF develop audio-visual campaign materials which assisted the party in winning resoundingly during the last elections,” Kudzayi said in an affidavit seen by the publication.

He said the allegations are a clear abuse of the criminal justice system by those who are afraid of his technical abilities and are complicit in actions against the government.

“It was common cause within the government, Zimpapers and Zanu-PF corridors of power that then I was writing pro-Zanu-PF and pro-government articles given that I was being paid weekly for the articles,” he said.

He said he had been working with the Ministry of Defense to unmask the person behind Baba Jukwa.