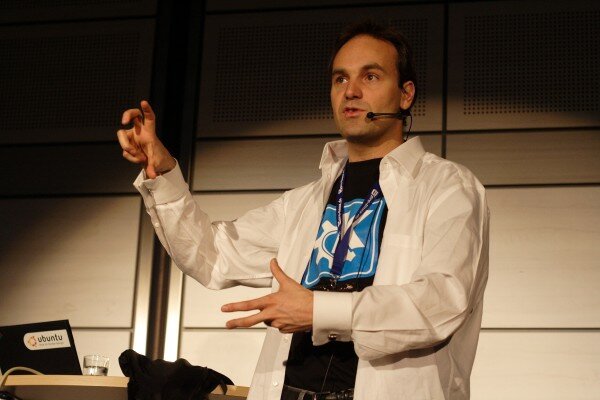 Mark Shuttleworth is the man behind Ubuntu (CC image courtesy of Martin Schmitt, on Flickr)

MTN has become the first African network operator to join Canonical’s Carrier Advisory Group (CAG), which will influence the development of the smartphone operating system Ubuntu.

HumanIPO reported last month South African entrepreneur Mark Shuttleworth had set up the CAG with seven operators from around the world, but there was no African presence.

It had been made clear at the time the CAG was open to new participants and MTN have now made their move.

Pieter Verkade, chief commercial officer at MTN, said: “Today’s phones are so much more than just telephones and Ubuntu will be able to meet needs of operators and handset manufacturers looking to take advantage of the latest technology and cutting costs.”

Ubuntu is an independent alternative operating system for smartphones which is owned by Shuttleworth’s Isle of Man-based Canonical.

Shuttleworth is currently part way through a high profile court challenge to the country’s exchange controls.

Other members of the CAG include Deutsch Telekom, Everything Everywhere (UK), Korea Telecom and Telecom Italia.