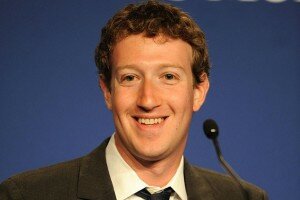 Facebookers will have to pay US$100 if they want their private messages to be noticed by founder Mark Zuckerberg and other VIPs.


The new feature was first spotted by Mashable, when reporter Chris Taylor tried to send a message to Zuckerberg but was told unless he paid the money it would go into an ‘others’ folder where it would be unlikely to get read.

HumanIPO reported in December the social network was experimenting with paid-for messaging by introducing a US$1 charge to non-subscribers to message Facebook users.

The moves are seen as a way to increase the revenue generated from its one billion users, but a Facebook spokesperson said the company is testing “some extreme price points to see what works to filter spam”.

Explaining these new paid-for messaging services before Christmas, Facebook said: “Several commentators and researchers have noted that imposing a financial cost on the sender may be the most effective way to discourage unwanted messages and facilitate delivery of messages that are relevant and useful.”