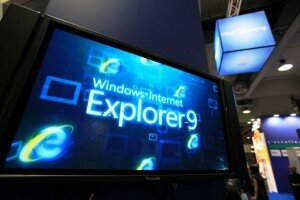 Microsoft is today expected to release a new Internet Explorer patch for its older browser versions, which have reportedly experienced memory corruption issues, days after Google patched its browser Chrome to secure it from vulnerabilities.


According to Microsoft, Internet Explorer will undergo patching as it is currently susceptible to attackers who can easily deliver malware to a victim’s computer via a drive or by download -- loading a website with attack code to deliver malware should victim access website.


The decision comes days after Microsoft released a ‘quick fix’ or emergency patch, as it lacked a more permanent patch with the browser experiencing high risks.


"While we have still seen only a limited number of customers affected by the issue, the potential exists that more customers could be affected in the future," said Trustworthy Computing group manager Dustin Childs.


Coincidentally, competitor browser Mozilla also announced that its enhancements on Javascript had led to speed increments of 25 percent.