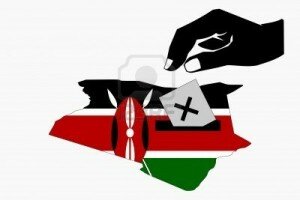 Kenyan ICT company Ajibu Consulting Limited has launched a Web-based opinion poll, coming hard on the heels of a partnership between Google Africa and the Independent Electoral and Boundaries Commission (IEBC) to offer electoral data through the IEBC API.


Ajibu Consulting said it has unveiled the opinion poll, Opinion Yetu, to allow Kenyans to express their views on the upcoming general elections.

"We found a way to solve a problem that has dogged the Kenyan political scene for a long time. It’s no secret that Opinion Polls in Kenya have been subject to criticism from both the Wananchi and politicians," said Stephen Odunga, CTO for Ajibu Consulting Limited.

Ajibu said the main problem they were solving was the increasingly recurring element about traditional opinion polls that limit the number of people involved in the opinion polls, most of whom are almost invisible to the public eye.

"Our method will not include any field work. We are inviting Kenyans from all walks of life who are connected to the Internet via web and mobile to express their opinion through this easy yet secure opinion poll," Odunga said.

Users will be allowed to register using their national identification numbers along with their counties of representation and mobile phone numbers, with verification of those details to be made from the IEBC database

This year's election in Kenya has been characterised by technological innovations, with Google recently launching an election hub, providing the IEBC with open-source technology to empower its online voter tools.