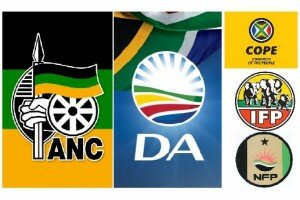 South Africa’s political environment has been alive with the infighting of the African National Congress (ANC), Democratic Alliance (DA) criticism and Ramphele Mamphela keeping the country in suspense about her party.


Democracy arrived in South Africa when the ANC won the 1994 elections with national hero Nelson Mandela at the helm. For decades before, ANC “comrades” had fought against minority domination and the system of apartheid.

The 1994 elections created a political landscape in which the ANC has dominated up until the present. ANC voters, being mostly previously disadvantaged black citizens, felt a loyalty to the ANC for liberating them and that message has been driven through traditional media.

However, traditional media is fast being replaced by social media, as HumanIPO reported earlier this week regarding the Twitter hype caused by Tokyo Sexwale, the human settlements minister’s divorce.

Young people in South Africa are showing increased interest in the politics of the country. Proof of this can be attributed to the past few years of the ANC Youth League (ANCYL) being very audible with the rise and fall of former ANCYL leader Julius Malema and the Manguang conference last year which saw President Jacob Zuma retain the presidential position.

A recent cyber spat involving potential DA Youth leaders also went to show that politics is very much an interest amongst the youth of South Africa. The cyber spat consisted of BlackBerry voice notes and tweets.

The advent of social media has seen it become a soapbox or platform which young South Africans use to express their political opinions. Now that South Africa is nearing an election process, this rings especially true, especially in the form of party bashing, particularly in the case of supporters for both ANC and DA.

Comments by young people are usually found on political parties’ Facebook pages, including those of various news sources in the country. Some of these comments are constructive while others are unfortunately blatantly racist or baseless.

The Institute for Justice and Reconciliation (IJR) interviewed a student as part of a study called the SA Reconciliation Barometer (SARB), which revealed that young South Africans have a very different idea about engaging in politics than older generations who lived before and through the democratic revolution.

The student told the IJR: “We have grown up in a digital age. We don’t read a lot and we Facebook a lot, and watch TV.”

However, parties should not presume to expect the Facebook/Twitter votes since many young South Africans do not have confidence in political parties. The youth do not trust leaders and they are aware of the corruption in the country and as a result, many of whom are registered to vote simply did not in 2009 and 2011.

Respected anti-apartheid activist Mamphela is causing much excitement in the country by holding off announcements about the launch of her own political party to challenge the ANC.

While many South Africans both young and old of all races welcome a challenge to the ANC, many have not paid much attention to the fact Mamphela is 65 years old and will be well over 70 by the time of the 2019 elections.

Mamphela may have a good reputation since she has had no political affiliations in the past, but her launching a political party is in contrast with the young South Africans idea of engaging in politics.

Given this perhaps it is time for the tech-savvy youth of South Africa who have lost confidence in current leaders, are tired of inaction and empty promises and who have had enough of the rife racism and rape in the country should enter politics more constructively.

If the youth from all backgrounds in South Africa could unite, leaving behind the loyalties and opinions of older generations, and since many do not identify with the ANC or DA, they could quite easily drive a new message through social media platforms, which may give rise for another political party for the future of South Africa.