Guest Post: Mobile Opportunities in Africa - Engaging with the Next Billion 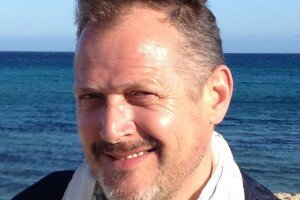 Rudy De Waele is Chief Executive and Founding Partner of Nyota Media, the world's first growth agency for innovative African entrepreneurs, startups and international companies that use technology to improve the lives of Africans. A native of Belgium, Rudy also co-founded dotopen.com and AppCircus.


In an exclusive guest post for HumanIPO, De Waele focuses on opportunities for mobile in Africa and takes a deeper look at the attention the continent has been receiving.


I started investigating mobile in Africa in early 2010, which resulted in the Mobile Trends 2020 Africa document I curated together with Ken Banks and Erik Hersman, and presented at TheNextWeb Conferencein 2011.


Embedded below is a new slide deck from a presentation I gave at ForumOxford: Mobile Apps and Technologies Conference in November 2012.


This slideshow is a result of my company Nyota Media's latest research and in-depth analysis of the African mobile market focusing on the most progressing Sub-Saharan countries. Included are lots of statistics on mobile and 3G penetration, the elements coming together to create a healthy ecosystem and examples of innovative local entrepreneurs who are creating new greenfield opportunities with mobile across the continent.


As my co-founding partner and director of communications at Nyota Media, Shaheera Asante, points out: “We understand the complex process of sector penetration that international companies face in trying to effectively engage with the fast-paced growth in technology across Sub-Saharan Africa, and on the other side of the coin, we are now servicing new African based enterprises wishing to utilise mobile technology to improve multiple sector growth within Africa.


“As an African woman having lived and worked on both sides of this scenario, I am passionate in my stance to make sure there is a better understanding that whatever works, from job-creation, skills enhancement, to effective communication - the social and economic benefits must be in Africa's next generations' benefit with economic success trickling around the continent and not only out of it.”


Last year, not a day passed without daily headlines about Mobile Technology in Africa. I think it's great that there is now global awareness that the continent as a whole gets more attention for its fast-moving innovations using technology - so here is a more in-depth overview per country. Obviously, some countries are leading in mobile and paving the way, creating role models for other countries that are less developed in mobile and technology as of now.


Seven out of 10 African countries are currently in the fastest growing economies on the planet, with an average GDP (gross domestic product) growth rate of about 7 per cent or more, including Ethiopia, Mozambique, Tanzania, DR Congo, Ghana, Zambia and Nigeria. You can view each country's mobile penetration in the document.


This list of seven countries does not include other mobile connected countries such as Kenya, Uganda and South Africa. Countries like Namibia, Botswana, Zimbabwe, Gabon, Mauritania and Mauritius have a mobile penetration of over or nearly 100 percent penetration but curiously are rarely in the international news.


Penetration rates vary in each of these countries, depending on their political and economic stability. However, these seven countries alone have a combined population of 424 million people (the United States has a population of 315 million. In the coming years, this region will become one of the most connected areas in the world with more users than the US, China, Europe and India put together.


Check the presentation below for more details on mobile and 3G penetration, feature phones vs. smartphone battle comparison, how to create a healthy mobile (app) ecosystem and examples of interesting local mobile apps in social media, content, mCommerce as well as projects in education and local Tablet manufacturers.

Looking at the size of the African continent and its population, the numbers and fast growth are impressive, the continent is as big as India, US, China and Europe put together.


There is so much potential with mobile on this continent, the important factors to accelerate things are in place: investments in technology and infrastructure, a new generation of young African entrepreneurs  taking their future in their own hands and willing to partner with international business to create a better life for African citizens.


Lots of Greenfield opportunities in many areas, with increased job creation as a result. Africa is not the future, Africa is now!


Feel free to contact Nyota Media directly or on Twitter to tell us about your app, greentech or technology start-up using mobile technology.