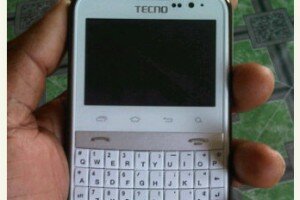 Chinese mobile manufacturer Tecno has launched the Q1 smartphone in the Nigerian market hoping to get a slice of the market share in the BlackBerry dominated country.


The smartphone comes with Android 4.0 operating system and is targeted for the urban, youth population.


"They are the king and queens of their world", Boukali Mounir, public relations manager of Tecno Africa, said in respect to the target market, in Vanguard newspaper.


The device allows access to WhatsApp and Skype and has a 2.6 inch capacitive touchscreen, a QWERTY keyboard and hosts a speed of 3.5G connection. It also has a five mega pixel camera and social media apps.