Nigerian Government, not regulator, behind blanket ban on operators’ promos and lotteries 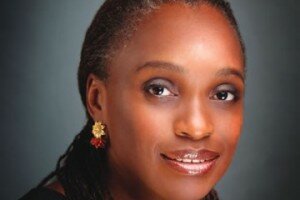 Omobola Johnson, Nigerian Minister of Communications Technology, has revealed it was the government’s decision to impose the controversial promotions and lotteries ban which has caused outrage among the country’s networks.


Johnson said her ministry saw the need to salvage the telecoms companies’ service quality, and hence directed the Nigerian Communications Commission (NCC) to outlaw all promotional activities which the ministry believed were having negative impacts on the quality of services.

She added the Nigerian government in 2012 was greatly perturbed by the deplorable state of the nation’s telecoms sub-sector.

HumanIPO reported in November that network operators were angry with the NCC for introducing the ban, including Etisalat Nigeria, which believed it should be exempt.

While admitting to responsibility for the blanket ban, Johnson tried to appease the mobile giants by adding the government had partnered with the Ministry of Environment to facilitate a reduction in the turnaround time required to obtain for permission to build the new base stations needed to improve coverage.

Johnson added she had also partnered with the Works Ministry in developing a new Federal Right of Way guideline which is also expected to improve services.

“My ministry also made a presentation to the National Economic Council on the need for multiple taxations and regulations bedeviling the industry to be tackled at the state level to enable quality service delivery in the country,” Johnson said.

"The ban is with immediate effect and shall continue to remain in force until such a time as may be determined by the commission," Ojobo said at the time.