MTN urges Nigerians to register SIMsOPINION: Out with the old, in with the new at Connected Kenya 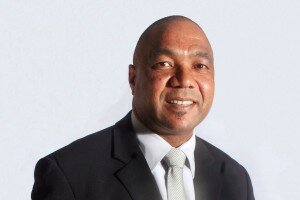 TopTV has applied to the Independent Communications Authority of South Africa (ICASA) for the right to broadcast three pornography channels, though it dismissed claims that they were needed to rescue the company from liquidation.


It is the second time the company has applied for the right to air adult channels. Having received no response from ICASA after their last application, the company went ahead without the regulator’s permission before being instructed to cease broadcasting by the High Court in Johannesburg in January last year.

CEO Eddie Mbalo said in a statement last night (Thursday) that though the law encouraged public input, the final decision on the channels would be made by ICASA.

Mbalo said the application was not a last-ditch effort to save the company, which is currently in a voluntary business rescue process under the Companies Act, saying TopTV was in more need of an injection of funds.

“It would therefore be both naïve and malicious to conclude that the granting of permission to broadcast channels would be sufficient to save a company that requires a capital injection,” he said.

Consumer desires should be considered by the regulator when making their decision, according to Mdalo.

“We are willing to listen to differing points of view, but equally expect everyone to respect the democratic rights of all South Africans, including those consumers who have expressed an interest in subscribing to such an offering,” he said.

“We believe that South Africans are mature enough to take personal responsibility for their television viewing habits.”

He also promised that any new adult service would be very secure, with channels set to be protected by a double-layered PIN.

“TopTV has continually avoided going this route in its belief that there should be sufficient protection, particularly for children who might otherwise access this content in the normal course of their television viewing.”