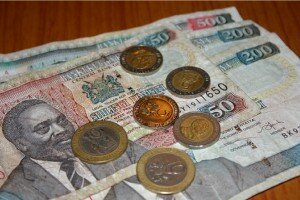 Users of Kenya's M-Pesa mobile money transfer service will now have to part with a 10 percent extra charge following a government directive to tax the service.


According to the service’s provider Safaricom, the tax will affect money transfers from KSh101 (US$1.2), which is in compliance with the Customs and Excise Duty Act gazetted on February 1 last year and that takes effect this month.

Safaricom boss Bob Collymore said: “Our M-Pesa tariff structure is guided by our understanding that we need to sustain the robustness and availability of this money transfer services across the country. It also ensures that we continuously invest in our platform and extensive distribution network.

"As Kenya's largest taxpayer, we appreciate the need to support government as it seeks to reach its financial obligations. However, we maintain our position that a tax on mobile money is at that this time premature and is likely to have a negative impact on the country's financial deepening agenda by creating an unnecessary barrier for wananchi (citizens) who are most in need of basic financial services.”

Kenya’s finance minister Njeru Githae had last year announced that mobile money would start incurring government tax, adding shortly later that the tax should not be passed to users of the service. Analyst however argue that Safaricom being a business, had to transfer the costs to someone.

The Finance Act of 2012 proposed an introduction of the 10 percent excise duty on transactional fees. This will affect mobile money transfer providers, banks and other agencies that use the service in their businesses.

It is yet to be seen how Airtel Money and Yu Cash, the other Kenyan mobile money transfer services, will incorporate the new charge even as they had scrapped their mobile transaction fees against the Finance Minister who advised against the move.