OUTA achieves ZAR2.35 million in donationsHumanIPO Debate: Should governments be allowed to monitor data records in interest of national security? 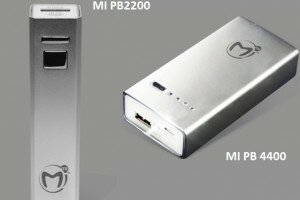 One of the greatest shortcomings of smartphones is the low battery charge-retention when used to full potential, particularly in activities that involve data connection. The Mi-Fone power bank emergency mobile charger is designed to ensure supply of emergency power, solving this problem.


The Mi-Fone power bank emergency mobile charger can recharge almost any smartphone available in the market, and is thus a handy device.Among the features of the power bank include an alloy case made from a mixture of aluminium and titanium, a built-in smart circuit and a battery capacity indicator.


The device comes with interchangeable connectors applicable in a range of devices including the Nokia DC 2.0, Samsung, universal smartphone connector, Mini-USB, Micro-USB, iPhone and an interchangeable USB cable.


Conspicuously unique is that, unlike traditional chargers (that are inserted directly to the socket), the charger can be charged via devices that have USB ports such as laptops and PCs, thereby eliminating the bulkiness that comes with carrying a plug-in charger. In addition, its charging cable has multiple uses and can be interchanged to fit various connectors to different devices.


In addition, the Mi-Fone power bank emergency mobile charger can charge up to two phones without the need for recharge, meaning a smartphone user carrying the device while travelling can keep their gadgets on for more than 18 hours, considering that most devices have an average six-hour battery life while in active use.


The hard alloy case makes it durable and damage-free from physical force though it remains vulnerable to water and fire.


Just like other Mi-Fone products previously reviewed by HumanIPO, the power bank emergency mobile charger needs a better design to make it smaller and more appealing, as its current length of 9.4 centimetres makes it bulky.


In addition, its hard case and the cuboid shape give it sharp edges, thus a possible danger when carried in the pocket to the touch screens of some smartphone devices, most of which are expensive to replace.


The Mi-Fone power bank emergency mobile charger is a mastermind revolutionary product in the era of smartphones and could be useful for tourist, long distance travellers and users of devices that lack constant power source.


Apart from charging phones, the power bank can be used in various gadgets such as cameras, music players and pocket radios.


Though the Mi-Fone power bank currently faces little competition from other similar products, the company should invest in advertising to boost sales, as over 90 percent of smartphone handset users interviewed are in the dark on the availability of such a product.


On a rating, the product is above average and its structural shortcomings can be taken care of by wrapping the device in a piece of cloth or carrying it in a handbag instead of the pocket.


The device costs KSh2500 shillings (approx US$29) and is available at Mi-Fone retail outlets.