OPINION: Is the African tech scene made up of just four countries? 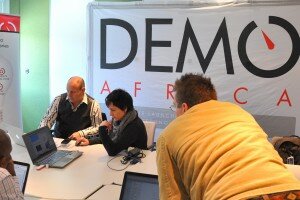 For the past five years, Africa has moved from the dark continent to one where the next billionaires will be made, thanks to a booming tech scene that spurs innovation and the exponential growth in the number of mobile phone subscribers.


On a critical look at the countries where technology innovations originate from, however, one would notice that most are concentrated in four countries, namely South Africa, Kenya, Ghana and Nigeria.


The technology scene is abuzz with activity in the four countries, leaving one wondering whether the African tech scene is fuelled by only four powerhouses.


In last year’s DEMO Africa’s list of final 40 startups, out of all the applications received across the continent, startups from these four countries dominated.


Kenya had the highest number with 14 startups shortlisted, South Africa was second with 11, while Ghana and Nigeria had four and three startups listed respectively.


The rest of the eight positions were shared among Cameroon, Uganda, Tanzania, Egypt, Senegal and Zimbabwe.


Some of the world’s most renowned innovations hail from the four countries, including Kenya’s M-Pesa, South Africa’s Mxit and Nigeria’s iROKO TV.


But what is happening in the rest of Africa? An article called ‘Africa Rising’ published in The Economist in 2011 caused quite a stir when it stated: “Optimism about Africa needs to be taken in fairly small doses, for things are still exceedingly bleak in much of the continent. Most Africans live on less than two dollars a day.”


The challenge is there to the rest of the African countries to increase their concentration in the tech industry. Governments should increase funding in this arena, to incubate and develop the innovations that are coming up.


In the next few years, technology is going to contribute to a significant portion of countries’ GDPs in Africa and no country should be left behind.