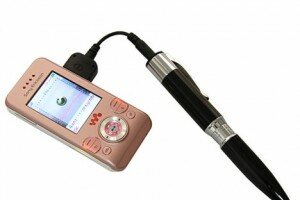 Google chairman Eric Schmidt has acknowledged a Kenyan innovation that allows cellphone users to charge their phones using their shoes, describing it as “innovation from the ground up”.


The chairman, who visited the Kenya earlier in the year, posted to almost 600,000 Twitter followers and praised the technology developed by 24-year-old Kenyan Anthony Mutua.

24-year-old Anthony Mutua of #Kenya has invented a chip that can charge phones with footsteps. Innovation from the ground up. #NewDigitalAge


The post got over 500 retweets and was a favourite of about 100 people who saw it.


The story of Anthony Mutua was first reported by HumanIPO in May 2012 after he showcased the innovation at a Science and Innovation Week in Nairobi.


In an interview with HumanIPO, Mutua said the chip could be acquired for as little as Ksh3,800 (US$45) and had received investment from the National Council of Science and Technology (NCST) to a tune of KSh500,000 (approx. US$6,000).