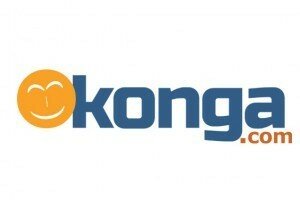 Nigeria’s online megastore Konga.com has revealed more Nigerians use its mobile platform for e-commerce than its recently launched SMS platform, saying users were still getting used to the idea of an SMS platform.


In an exclusive interview with HumanIPO, Onyeka Akumah, vice president for marketing at Konga.com, said shoppers were still adjusting to the idea of the recently launched SMS2ORDER platform as it was the first of its kind in the market.


“With SMS2ORDER platform, people are still warming up to it because we are the first company to do it in the country, although in the first 48 hours we had close to 60 orders from SMS2ORDER but a lot of those orders were from people trying the platform to see whether it actually works or not,” he said.


“With that I’ll say SMS is still pretty new in Nigeria and people are just warming up to it.”


He however stated that the company is confident in the success of the SMS2ORDER platform.


“Gradually it [SMS2ORDER] will become a big program we unleashed; but for now, mobile web is still bigger than SMS for e-commerce in Nigeria,” he said. “Serious customers come to mobile, make orders and actually end up purchasing and having goods delivered to them.”


“What you will also not miss out is that most of the mobile shoppers are people that have already had the experience shopping online, so there is that education already compared to SMS that is just being introduced. Once the education is there, gradually the gap between mobile and SMS will decrease,” he said.