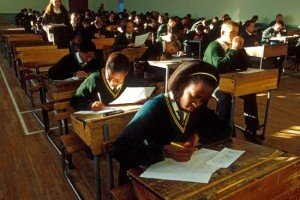 The Film festivals include the Africa in Motion (AiM) festival in Scotland, the Kenya International Film Festival (KIFF) and London’s Film Africa.

Buni TV, the growing video streaming platform for top African content, will be sponsoring a film award at each of the three festivals.

Buni TV founder and CEO Marie Lora-Mungai said part of her company’s mission is to support and facilitate the growth of the African filmmaking industry.

“By sponsoring these awards, we want to recognise and celebrate the talent of the new generation of African filmmakers that is quickly coming up the ranks,” she said.

At the ongoing KIFF, which started last week in Nairobi and is scheduled to end November 2, Buni TV will be offering a cash reward of US$500 to the winner of the Short Film Prize.

At AiM, taking place in Edinburgh and Glasgow from October 25 to November 2, Buni TV and The Africa Channel will be handing out a joint £1,000 cash prize to the winner of the Short Film Competition.

AiM will showcase some “provocative, innovative and experimental” films that highlight the important role Africa is playing in today’s global society.

At Film Africa, the UK’s largest annual festival of African cinema and culture which will take place from November 1 to 11 in London, Buni TV will be offering £500 to the winner of the Audience Award.

The vision of a “global Africa” also inspired Film Africa’s selection, alongside other themes such as Elections and Democracy, Mama Africa, Spotlight on Sexualities, Sport, and Public Space and Citizen Journalism.

Some of the participating filmmakers will benefit from distribution deals to enable them reach a larger global market.

Buni TV is a service of Buni Media, a multi-media company based in Nairobi, Kenya and Los Angeles, California. Buni Media is the production outlet behind The XYZ Show, Africa’s first political satire program featuring life-size latex puppets. The XYZ Show reaches an audience of more than 8 million people every month through its various platforms.
Share Tweet