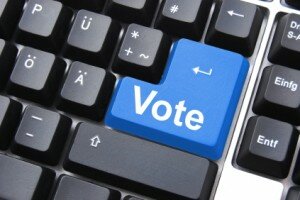 Further boost for ZA Central Registry for its .africa bid

Share Tweet
South Africa based ZA Central Registry (ZACR) have received a further boost in the race to win the rights to administer the .africa generic Top Level Domain (gTLD) after the Republic of Namibia formally endorsed their bid.


Namibia are the 40th African country to formally endorse the ZACR bid, while no African government has come forward in support of DotConnectAfrica Trust’s (DCA) application.


HumanIPO reported last week no country has yet objected to the ZACR bid, making it the favourite to secure the domain.


Koffi Fabrice Djossou, ZACR Africa Liaison, said: “Some 75% of African countries have now endorsed the ZACR bid for .africa, well above the ICANN (Internet Corporation for Assigned Names and Numbers) requirement of 60% support needed. In addition, the ZACR bid is endorsed by the African Union Commission (AUC).

“The ICT Ministers Meeting was sufficiently satisfied that the ZACR, the most diverse bidding entity, has the required technical, administrative and financial know-how to make a success of Africa’s proposed new home on the Web.”

The Namibian endorsement comes after a decision taken at the SADC ICT Ministers Meeting where SADC member states that had not yet submitted their Letters of Support for the ZACR bid were urged to do so.

ZACR was selected and endorsed by the African Union Commission after it went through the organisation’s Expression of Interest (EOI) process for being chosen as the preferred organisation to administer the .africa gTLD.

This is in contrast to DCA which refused to partake in the AUC EOI.