Open Letter: You do Africa a disservice by underestimating how far we've come 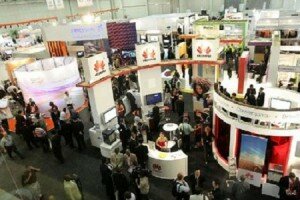 Duncan Arthur, an independent payments, mobile and African banking expert, has written an open letter calling on primarily non-African conference organisers to drop their obsession with M-Pesa and begin to look at the bigger picture on the continent.


Thank you for your invite to attend a two-day event at a cost of only what most of the delegates will probably earn in a month. That you've snail-mailed me from London, emailed and phoned (after hours too) and still can't get a commitment should be worrying you.


You might not know it, but Johannesburg now hosts about eight conferences dealing with mobile money and payments every year.


You might further have noticed that the most forward thinking of your competitors no longer trumpet Safaricom and M-Pesa as the main topic of discussion. Africans have cottoned onto this.


As impressive as M-Pesa in Kenya was, it has not worked to nearly the same extent anywhere else. Over the last few years we've come to understand that Kenya was just the right mix of strong telco in Safaricom, a lack of regulation, large numbers of unbanked and a real need for domestic remittances.


Most of the speakers from Safaricom doing the conference rounds were not even there when M-Pesa was launched. They're not necessarily innovative or able to share any deep insights. They're operations specialists. If they worked in government they might be called 'bureaucrats'.


Punting M-Pesa as a universal fit insults our intelligence. It shows that you don't understand the market or just how diverse Africa is. You wouldn't automatically assume that a Russian platform would work exactly the same in Britain, but you assume countries as diverse as Namibia and Nigeria can replicate M-Pesa if their bankers could just listen to the umpteenth speaker long enough.


In banking on what you think you know, you've missed that Airtel Money's response to M-Pesa in slashing fees is probably one of the cleverest ideas in mobile ever, that near field communication (NFC) in South Africa is about to emerge, that Nigeria is having great success in driving up point of sale (POS) transaction volumes while cash is the automatic means of exchange. Ever heard of Bitcoin? Geo-payments? Prepaid airtime as a fiat currency?


Please do your research properly. You'll find that you won't have so many unsold seats so close to Day One of your event. You do Africa a disservice by underestimating how far we've come.