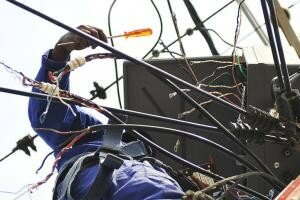 Cell C subscribers have taken to social media to complain about network performance and customer support, with many reporting lack of data services even when they have signal.


Justin Miller tweeted: “@CellC internet service is DISGUSTING,longest connection has been 5mins @ a time,& @ R400 for 3GB u guys need to sort this s*** out!!”

Another, Thys Vorster, said: “So I was sold this grt CellC package @ R99 pm - not working since I got it. How do I give it back?”

Further antagonising Twitter users was a perceived lack of customer service on the part of the mobile operator, with slowness to answer queries and slow response times central to the complaints.

Kenny Mofokeng asked: “am I ever gona get a reply from you guys maar @CellC ?”, before following up with: “@cellc_support launched a query on friday, was told I will receive a call within 48hrs, its over 52hrs now,is it go slow monday at cellc ?”

Other complaints centred around the lack of information regarding Cell C’s iPhone5 distribution, while others were kept waiting for information on the BlackBerry 10 pre-orders.

“@CellC waiting well over a month for an iPhone5, this is PATHETIC. False promise after false promise,” tweetedone user, while another added: “@CellC cmon, been told that we’ll have bb10 pre-order info last week, what gives?”