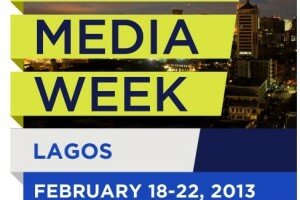 OPINION: SMWLagos2013 Day Three - the travails of Diasporans in the hands of Nigeria's ICTBloggers to be arraigned in court for spreading hate speech


Whereas most similar services only offer those needing transport options to locate drivers, the app enables both parties to supply information to each other.


The Beta phase of the app will be released on March 15 to 240,000 commuters in the selected pilot area of the Gauteng province.


The service aims to reduce commuter waiting times and provide an opportunity for drivers to generate an increased daily income for approximately 65 percent of the country’s population with an income below R600 (US$68).


Within six months other areas in Gauteng, such as Randburg, will also be included in the monitored areas to benefit from the service.


The service is accessible with any Internet-enabled mobile device at R0.20 per dial.


Nathi Tshabalala, Director of Projects & Technology, referred to the South African taxi market as a “R25 billion industry” with a current count of 122,000 12 and higher-seater vehicles in action, in his presentation at the BT Global Services International Trade Bootcamp last week,


The company is on the lookout for early stage investment, technology partners and system inventors to expand into previously disadvantaged areas.


Sowertech is one of 15 businesses that have been selected to participate in the BT Global Services International Trade Bootcamp programme as hosted by Micro Enterprise Development Organisation (MEDO).


The programme assists entrepreneurs in mastering business presentation skills, among other training courses, and offers a selected group the opportunity to present to investors in the United Kingdom in April 2013.