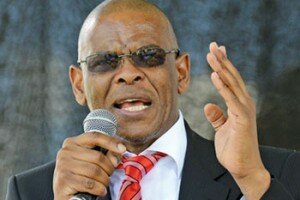 It has not been a good 24 hours for South Africa’s Free State provincial government, with reports of wild overspending on its website redesign and on a television channel for premier Ace Magashule.


No sooner had the government been hit by claims it spent ZAR140 million (US$15.4 million) on the website redesign, than allegations were surfacing from the opposition Democratic Alliance (DA) party that Magashule spent ZAR12 million (US$1.3 million) on his own television channel - Hlasela TV - as a “propaganda project”.

It is still unclear quite how much the Free State paid for the redesign of the site. The Sowetan initially reported that Free State director general Elzabe Rockman had signed a three-year contract in 2011 worth ZAR140 million, though Rockman claims the agreed amount was only ZAR40 million (US$4.4 million).

This debate is little more than a smokescreen. Even if Rockman’s claims are true, ZAR40 million is still an astronomical amount for a website redesign, especially as it seems the site is powered by the free blogging platform Wordpress using the page theme “London Live Wordpress Theme”, which only costs US$40.

As noted by Etionee Bruwer, owner of website redesign firm Jam Factory, the amount charged for the redesign was “ridiculous”, as even financial institutions with the need to protect sensitive data will not spend more than ZAR12 million (US$1.3 million) on a site.

New of Premier Magashule’s television channel is even more disturbing, as it raises the possibility Magashule is using public funds for propaganda purposes.

“Premier Magashule is running a campaign to buy media influence and enriching his comrades in business at the same time,” Patricia Kopane, DA leader for the Free State, said.

The DA said Magashule’s office also has plans to launch three new “propaganda newspapers” in the Free State province using public funds, with Kopane saying: “It is unacceptable that public funds are being used to prop up the image of a failing Premier while basic service delivery collapses in the Free State.”

Central to all the allegations is Tumi Ntsele, a “politically-connected businessman”, who reportedly holds tenders with a number of other provincial departments and was allegedly chosen for the site redesign job in spite of the fact two other companies reportedly submitted significantly lower bids.

According to the DA, Ntsele’s Letlaka Group also runs The Weekly newspaper, which the opposition party says has long been propped up by Free State government funding.

Ntsele believes the amount charged for the website is fair and his reasoning for the outcry is that opposition parties have an agenda against black businessmen.

Whatever the truth behind Ntsele’s relationships with Free State politicians, it is already clear that serious errors have been made in commissioning a website redesign at such a cost. And should the extent of the misspending involve the Free State’s premier spending public funds on a propaganda vehicle, then citizens of the province have the right to ask serious questions about the politicians in charge of their tax money.