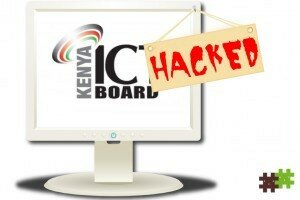 South Africa’s Northern Cape region will early next year host an attempt to break the current world record land speed that will see a man strapped into a rocket car travelling at 1,000 miles per hour (1,600km/h).


The Bloodhound Project, which is sponsored by Cisco and Intel, is looking to break the world land speed record and inspire young people to take engineering courses.


The rocket car is expected in South Africa later this year. South Africans will have a chance to view the Bloodhound Supersonic Car (SSC) simulator on February 9 and 10. The car is 12 feet (4 metres) long, 18 inches (45.7 centimetres) in diameter and weighs 992 pounds (450 kilogrammes).


Andy Green, the current world land speed record holder will be the man strapped into the SCC as he attempts to break his own record.


“There is a shortage of scientists, engineers and mathematicians and we urgently need our young people to be motivated to enjoy and study science, technology, engineering and mathematics (STEM) subjects right through to university,” Cisco said.


If the project becomes a success, the car will have travelled faster than even the speed of sound of 768mph (1,236Km/h) in dry air at 20 degrees Celsius.