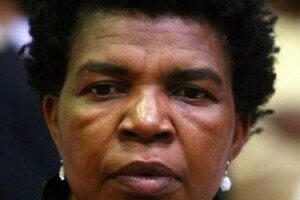 Disturbing trends in the analogue to digital television broadcasting migration have been reported lately in some African countries, with a number admitting they may miss the June 2015 deadline set by the International Telecommunications Union (ITU).


Africa’s digital migration fiasco has been characterised by accusations and counter-accusations that leave the continent at serious risk of being left behind by the rest of the world.


Some of the ‘technology powerhouses’ of Africa, including Kenya, South Africa and Nigeria, have acknowledged serious challenges in implementing the switchover.


Barely two weeks ago, South Africa, currently Africa’s largest economy and most developed country, had stakeholders in the television industry caught up in a web of counter-accusations, an issue that the Department of Communications (DoC) warned could cause the country to miss the 2015 deadline by three years.


Kenya is facing similar hurdles, with no digital television migration fully implemented in any region of the country. The East African nation has postponed the migration deadline a number of times, and just when the process was set for the capital Nairobi, the regulator, the Communications Commission of Kenya (CCK), was stopped by the High Court in a case filed by the consumer advocacy group the Consumer Federation of Kenya (Cofek).


Presently, Kenya’s migration is on hold as the two opposing sides try to find the most appropriate way to effect the migration, with an agreement yet to be reached.


Kenya’s permanent secretary in the Ministry of Information and Communication Bitange Ndemo has since expressed his concerns that the country might miss out on the ITU deadline if the process does not begin to move faster.


Rwanda is yet to implement the migration due to what the officials termed “challenges in procuring enough of the necessary decoders”.


“We have already published the technical specifications of the decoders but what remains is to get investors who can import them,” said head of Communication and Media Regulation at the Rwanda Utility Regulation Authority (RURA) Jean Baptiste Mutabazi.


Other countries where digital migration is becoming a contentious issue and where solutions are yet to be found include Zambia and Zimbabwe, where the governments cite economic constraints as holding them back.


Witnessing the accusations and counter-accusations, one might take the view that African governments have no justifiable reason stopping them from migrating their countries onto the digital platform by the ITU’s deadline.


The world will surely not wait for Africa to deal with its internal issues before switching off analogue signal, as every other country in the world is waiting for the spectrum to be freed up for improved mobile communication.


It is time African countries stopped issuing excuses as to why they are not implementing the TV signal switchover and moved forward with the rest of the world.