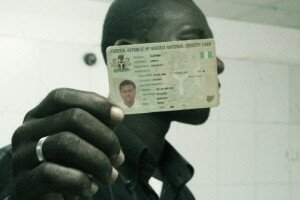 
While the yoga session held at Terra Culture could be described as a break from all the high-tech jargons of heavy megabytes that can crash the hard drives of brain cells with low bandwidth, major respite came in form of a cyber safety session that was held at the Lagos e-Learning Center.

The panelists proved beyond doubt they were up to the task, and Don Okereke, Chief Executive of Forenovate Technologies Nigeria, demonstrated the decision to bring him to Lagos from Abuja was a good one because he scared us all, literally.

He dwelt extensively on the various strategies being used by cybercriminals to carry out their crimes and described how individuals invariably make themselves victims by not paying closer attention to privacy policies on social networks.

His point was a good one because many who sign up for networks or services online, even at SMWLagos, do not study the privacy policy or check sufficient security options which could help them protect their mailboxes and other online accounts.

While the dangers associated with the use of the Internet, especially social media, are enormous in this part of the world, putting on a full armor takes the fun away.

In other words, a little vulnerability may be necessary in order to fully maximise online opportunities.

However, one needs to know where to draw the line, which is the real dilemma because what is acceptable to an individual maybe a taboo to others.

When one has not fallen victim of the pranks of cybercriminals, one can castigate the likes of Okereke for being obnoxious and outlandish, but those who have been duped before will agree with Okereke a full armor of cyber security is essential.

The rest of us are somewhere in between.

Apart from the IpNX Internet crisis that almost marred the cybersafety session (something the organisers cannot be blamed for), the fourth day was well planned and well executed.