“I am not Robin Van Persie,” says Indian IT professional 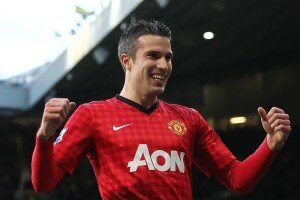 An Indian ICT professional has been bombarded with Tweets by jubilant Manchester United fans congratulating Robin Van Persie on inspiring his team to the English Premier League title, via the wrong Twitter profile.


Van Persie is often known by the initials.


As fans rushed to social media to congratulate their hero, Prasad noticed the mistake and tweeted to highlight the mistake.


Prasad has since Tuesday shot into the global limelight through the mistake, and has kept up a string of good natured and humourous Tweets to entertain his existing and new followers.

Most sportsmen have their sporting careers in their youth & then go into the workforce. But I am doing it the other way around.


His response to the commotion has won him further fame from social media users impressed by his entertaining handling of the mistake.


Speaking to the BBC, Prasad revealed the extent of the disruption, claiming he received between 4,000 and 5,000 new followers during and after the match, followers which he claims it took 10 hours to block.


Furthermore, he says he was mentioned over 10,000 times in the 24 hours following Monday’s match.


While most of the Tweets Prasad has received have been congratulatory, there have also been negative aspects to the mistake, he explained.


"I sent lots of people messages explaining who I was. My email account is clogged too - I think people have been trying to hack into my Twitter account as I keep getting messages referring to a forgotten password."