Opportunities, obstacles for operators and content providers in EA 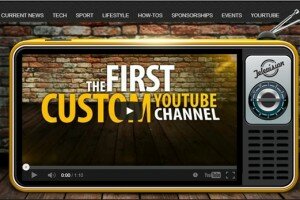 The Internet Corporation for Assigned Names and Numbers (ICANN) has announced it will be opening its first hub office in Turkey to cater for the growing technology sector due to its ideal location within the Europe, Middle East and Africa (EMEA) region.


Speaking in Istanbul today ICANN president and chief executive officer (CEO) Fadi Chehade said the expansion is momentous as the organisation prepares to devolve its various functions from its two other global hubs in Los Angeles and Singapore.


“ICANN is becoming increasingly international in terms of our outlook, policies and the makeup of our staff.  Now our global hub strategy will take our internationalism to an improved operational level. These hub offices will become part of the core fabric of ICANN,” he said.


Chehade defended the choice of location, saying Istanbul beat other global locations because of its quality of infrastructure, the growing ICT sector, business friendly environment and its close cultural and geographical proximity to Europe, the Middle East and Africa.


The ICANN Istanbul office will be led by David Olive, the vice president for policy development, who will move with a number of ICANN staff. A number of local staff will also be hired.


The announcement has been welcomed by Turkey with Binali Yıldırım, minister of transport, maritime affairs and communications terming the new office the latest step in ICANN extending its global influence.


“The ICANN European Hub is being established in Istanbul to act as an epicentre that will help shape Internet policy to deliver a more connected community across Europe, Middle East and Africa,” said Binali.


The development comes as ICANN continues to implement more than 1,400 new generic Top Level Domains (TLDs) with the first phase of these domains expected to be online in the coming months.