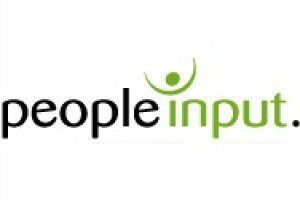 
Serigne Barro, partner and general manager at People Input, spoke at the Digital Services Africa conference on Tuesday about the local development of African mobile technology in Johannesburg, South Africa.


Working on apps for the whole continent, People Input feels the support from other role players, such as the local media and global technological establishments is not sufficient.


The manager explained tech establishments, such as labs, often cater only for English speaking African countries, such as the BlackBerry labs.


Acknowledging the work of Orange as doing a good job, Barro is said the African-present French telecom can be even more involved.


The mobile company does most of its business in French Africa, primarily developing iOS and Android apps.


Emphasising the growth of local development, People Input “believe[s] in local content as part of digitalisation for the whole continent”.


“Another big problem in our market is that we don’t have enough exposure,” Barro said, referring to the lack of local media partnerships and coverage of African developments.


He explained the lack of trust in local projects springs from the absence of belief in African potential from the population itself.


“We don’t believe enough in ourselves,” he said.


Judi Sandrock, chief executive officer at Micro Enterprise Development Organisation (MEDO), also said the lack of confidence in African entrepreneurs should be conquered for the growth of more success stories.


Barro referred to existing app successes such as South African social media chat app Mxit and other technology in Kenya and the Ivory Coast.


He revealed the company has applied for a programme at the Massachusetts Institute of Technology (MIT) with consultation intent for global partnerships.


Through collaborations with international companies, People Input hopes to launch its apps to the global market with the eye on the United States, Asia and Europe.


HumanIPO reported earlier this week on apps as a tool towards a more connected Africa in sharing entrepreneurship experiences.