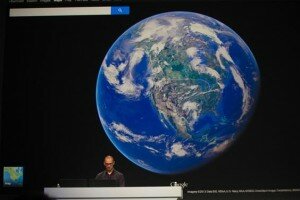 Share Tweet
In line with its desire to be Nigeria’s leading submarine cable company, MainOne has revealed its commitment to transforming the country’s data centre management sector with the completion of its 600 racks data centre.

One of the roles of the facility is to host data from network operators and Internet service providers (ISPs), especially those that are currently hosting their data outside Nigeria.

“The Data Centre will boost infrastructure in the country. It would have full capacity to host large and small volume of sensitive data from small and big organizations. The data centre will be made with full capacity as the fibre optic cable used by the company has brought the country a huge amount of bandwidth capacity,” she said.

Opeke said the investment is needed for technology and telecoms outfits to be able to host large volumes of data. She added indigenous Nigerian companies will also benefit from the facility because by diverting their data back to Nigeria they will keep their businesses entirely within the nation’s economy.

Concerning the target users of the data centre, MainOne’s Chief Financial Officer Babatunde Dada said serving Nigerians was the motivation when the project was being devised, planned and executed.

HumanIPO reported on Tuesday that the lack of a broadband policy has been a major clog in the wheel of broadband penetration in Nigeria because without it, broadband companies such as MainOne will not be able to provide cheaper broadband capacities to Nigerians.