OPINION: Kenya might not realise digital migration as deadline looms 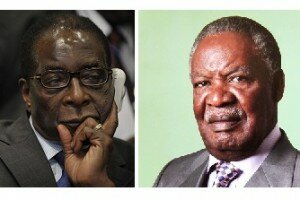 Share Tweet
Nigeria’s National Identity Management Commission (NIMC) has expressed its readiness to collate citizens’ data with the goal of making the country one of the world’s leading information management nations.


Chris Onyemenam, director general of the NIMC, said during the registration exercise more than 167 million Nigerians will be electronically enrolled.

He said: “By the end of second quarter of 2013, we expect the actual nationwide enrolment exercise will be launched by the Presidency. From the time it is launched, it is our target to have hit 100 million enrollments in 30 months."

According to him, the exercise will only be for citizens of the country and foreigners who are living and/or working in the nation legally.

He added the commission is going to issue identification cards that are electronically readable and have the latest world class security features as stated in ICAO's security guidelines.

Speaking during a tour of the commission's facilities at its head office in Abuja and its world-class Data Recovery Centre in Minna, Niger State, the DG said that unlike before when the focus of similar projects was to just issue identity cards to Nigerians, this is different because it is incorporating relevant security features such as National Identity Numbers (NIN).

“[We will issue] cards that are Chip and PIN-based and designed with more than 18 security features embedded, making it difficult for the cards to be cloned by fraudsters.

”We are not perfect but we are completely in compliance with necessary International Standard Organisation (ISO) and ICAO specifications. But we have made much effort to ensure that the cards are not easily forged,” Onyemenam said.