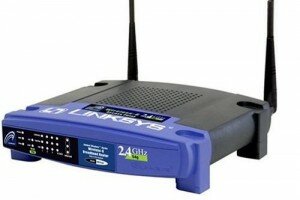 Share Tweet
Entrepreneurs and investors in Africa’s tech sector fear that the number of hackathon events held on the continent could kill the techpreneurship spirit, with the number of such events on the rise.

Techopedia.com defines a hackathon as a gathering of programmers to collaboratively code in an extreme manner over a short period of time, perhaps just a few days or over a weekend. This year in particular many developers have won large sums of money from such events and been given the chance to have their development hosted on various app stores.

Yet concerns have been raised that young Africans are being persuaded by such events to focus solely on a single cash prize rather than think long-term about a sustainable business.

Recent examples of hackathons include the Nokia Hack 2012, Google+ hackathons held in several African countries and the most recent m2Work hackathon. In the Nokia Hack 2012 there were over 300 developer applications, of which 120 were shortlisted. Over 70 applications were developed, 14 of which were then selected as the top apps to be presented to the judges.The overall winner emerged with a top prize of KSh1 million (US$11,800) and a chance to host the app on Nokia’s app store.

Speaking to HumanIPO, Kresten Buch, Founder of 88mph, expressed his concern for the number of young people who are now concentrating on developing apps in order to win the hackathon prizes instead of building businesses.

“The reason why people build so many apps is that there are a lot of competitions in Africa, unlike in Europe,” he said. “It’s no longer about building businesses, but just building apps, put them on the apps stores and hope to make millions out of it.”

Buch said that as much as hosting these events is good, the companies involved in the competitions are more focused on getting content for their app stores than building business for the developers.

“Building a business is not a one thing event of building an app and uploading it, but rather a continuous process of understanding the market needs and providing solutions according to these needs,” he said.

Andrea Bohnstedt expressed similar concerns while speaking at the Ignite Summit held in Nairobi last week. Bohnstedt said that techpreneurs have to be trained more on business management if they are to transform their ideas into sustainable businesses.

Buch advised application developers to work with people experienced in business management, who will help them take their ideas to the next level. To facilitate this, he revealed to HumanIPO that 88mph will soon be holding Co-Founder Events, where the techpreneurs will get the chance to meet co-founders and partners with whom they can work to turn their app ideas into sustainable business models.
Share Tweet