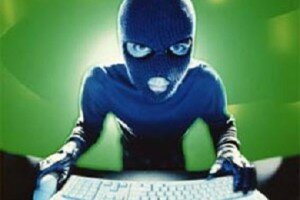 Hewlett Packard (HP) has confirmed the appointed of President Ntuli as Business Critical Servers (BCS) BU and Sales Manager for the Enterprise Group in South Africa.


Ntuli’s appointment follows the appointment of Craig Paul as HP’s Storage BU and Sales Manager for Enterprise Group in South Africa earlier in the month and part of a string of other new management appointments over the past few months.

Frank van Rees, Managing Director and Enterprise Group Lead for HP South Africa, said: “President’s appointment is another example where strong leadership, customer focus and proven success has led to an internal promotion into a senior management position within the company. We wish him all the best and success in his new role,”

Ntuli has extensive IT industry experience and more than 12 years’ experience in the public sector.

In 2009 he joined HP as an Enterprise Account Manager. In this role he focused on key public sector accounts and building relationships with government clients. He then became the Public Sector Lead for Enterprise, Servers, Storage and Networking (ESSN), where he was responsible for revenue and selling strategies, and providing trusted advice to public sector executives.

Prior to being employed by HP Ntuli worked in various positions at IBM, Sun Microsystems and Microsoft South Africa. These roles were all related to the implementation of IT solutions within government.

He graduated with a Bachelors of Commerce Degree (Accounting and Auditing) from the University of Johannesburg and has a keen interest in government service delivery.

Ntuli is a member of the Enterprise Group management team and will report directly to van Rees.