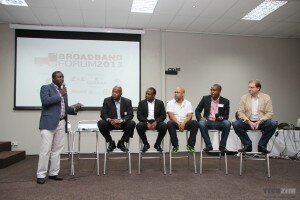 
This follows an interdict granted by the South Gauteng High Court to a South African Facebook user, which has stopped a particular friend of the user’s from posting content relating to him. It is the first case of its kind in South Africa.

The comment on his Facebook wall by a woman who called herself his “best friend” had defamed him. He then took the matter to the South Gauteng High Court in an attempt to have her blocked from making any further comments about him on Facebook and have her arrested for 30 days should she fail to comply.

Judge Nigel Willis said it is better to take on the users in matters of privacy rather than Facebook itself after ruling that evidence could not be found that Facebook would comply with a request to remove the offending comment.

The court ruling did not grant the request to block all content posted by his friend and that no precedent had been set for arrests to be made. However, the user’s friend was ordered to remove her comments and pay the application costs.

In an unrelated incident Zama Khumalo now dubbed the “Facebook racist” by South African media used Facebook to announce that he’ll be inviting his friends to a “Big Black Braai” to celebrate the tragic death of 42 white children in 1985 when a school bus transporting them accidently drove into the Westdene dam in Johannesburg.

Khumalo then said there would be DJs and fireworks on the March 27 anniversary of the disaster that occurred 28 years ago. He claims to be promoting a “black superiority complex”.

Katherine Shaddock told The Times she was shocked to learn her half-sister Mary-Ann Miles’s death was set to be celebrated since she was one of the victims.

Shaddocks brother, Michael told the times that “...it is just shocking to think that in this day and age, when we’re living in a democracy, somebody could be grateful for the death of anybody”.

Isaac Mangena, South African Human Rights Commission spokesperson, informed The Times that the commission did not receive a formal complaint yet, but the post was “on the face of it, full of hatred for another race”.

Khumalo then made what would have been a sincere apology if he did not live up to his status of Facebook racist by posting another racist comment about the Democratic Alliance (DA), essentially calling it a white party with “a white hollow belief that black people are starving ‘cretins’ who must live in a [sic] filth”.

His apology on Facebook read: “I have taken time to consider and reflect on the Westdene post I made earlier this week... the matter has been such huge pressure... I received inbox threats. I heartily apologise and deeply regret the post...”

In the South African constitution, subsection one provides the right to every citizen to express opinions freely. However, subsection one does not extend to propaganda for war, incitement of imminent violence, or advocacy of hatred that is based on race, ethnicity, gender or religion.

Monde Maoto commented on his racist post saying: “Since when has racist banter solved anything? We live in a cosmopolitan society which does not have room for inflammatory rhetoric.”

Tsepo Okeke said: “Don’t lie. You want all the whites dead. Wouldn’t trust someone who is happy that other people die. That’s evil.”