Tanzania records boost in tax collection thanks to electronic devices 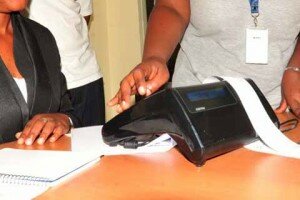 Implementation of Electronic Fiscal Devices (EFDs) in Tanzania has increased revenue collection on services and goods, the government has said.


The Tanzania Revenue Authority (TRA) deputy commissioner for the Domestic Revenue Department Generose Bateyunga said the authority recorded an increase of 23 per cent and 9.6 per cent in VAT in the 2010/11 and 2011/12 financial years respectively.


Usage of the device began in 2010 after a directive, but they will be officially launched on May 15, according to the Daily News.


"After the official launch of devices, all traders will be required to register and use the devices as per EFDs regulations," Bateyunga said.


The memory of the machines means information cannot be erased.


Bateyunga warned traders found without the device that they will attract a penalty and be forced to pay the tax.


The same law took effect in Kenya in 2005, when the government required all traders giving out services and selling goods to have an Electronic Tax Register (ETR) machine, enabling the government to track VAT charges.