Rick Ross causes uproar after referring to Africa as a country 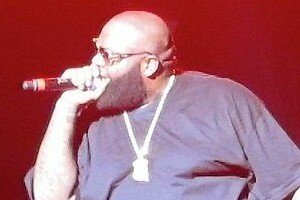 Rapper Rick Ross has been on the receiving end of a verbal barrage this morning after he posted a tweet calling Africa a country.


“Just landed in the beautiful country of Africa.. I can tell you that the world is excited for #TheGifted” read his tweet.


Twitter users from around the world reacted in various ways, with hiphopwired.com dedicating a story to the icon’s tweet titled ‘Stupid Rappers Tweets: Rick Ross edition’.


The tweet overshadowed rapper Wale’s album, The Gifted, which Ross was promoting with the hashtag #TheGifted.


Ross has already retracted the tweet after braving posts from angry fans for hours.


In various African countries Ross was top trending, with many ridiculing his physical attributes.


As big as he is, Rick Ross should know the difference between a continent & country.

He's even met our leader, Lion King!! RT @HuffPostEnt: Rick Ross is currently hanging out in "the country of Africa" http://t.co/tN4zADBvzf