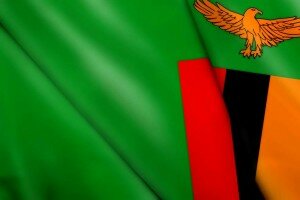 South Africa’s Vodacom has submitted a bid for Zambia’s fourth mobile operating licence, as the Zambian government takes steps to revoke a legal instrument blocking the entry of further operators.


Over five firms have placed bids for the prospective licence, the Zambian government has confirmed, although no decision has yet been reached as to which company will win the licence once the legal impediments to a fourth operator are removed.


“I can disclose that my ministry has received bids from over five telecom operators who have expressed interest in setting up a business in Zambia. Among them is Vodacom of South Africa,” revealed Christopher Yaluma, Communication, Transport, Work and Supply Minister of Zambia, reports ITWeb Africa.


The Zambian telecoms sector in 2009 saw the introduction of a statutory instrument by the government which blocked the establishment of any further mobile network operators, restricting the number of operators to the three existing companies until 2015.


The market is currently dominated by Airtel Zambia and MTN, which took over Telecel Zambia in 2006, with the two operators providing services for some 8.5 million of Zambia’s mobile users. The third operator is Cell Z, the mobile service of state-run Zamtel.


Vodacom made efforts to enter the market in Zambia seven years ago, teaming up with Unitel Communications to form Vodacom Zambia. The new entity was awarded an operating licence, but later had it revoked by the regulator – the Zambia Information and Communication Technology Authority – citing insufficient spectrum.


The lack of spectrum has since been resolved, and a Zambian court has found in favour of Vodacom Zambia’s claims the licence should be reinstated. However, the regulator has to date failed to comply, with the operator forced to lobby the government over the last year.