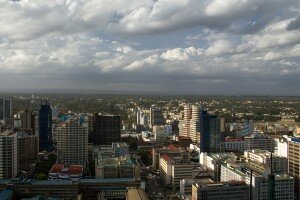 
“This is a very exciting landmark for us, as it confirms Absa as a major partner in the South African cash remittance industry and demonstrates how quickly we are growing. Based on our current daily transaction average we processed in excess of 2.5 million real time transactions in 2012,” Arrie Rautenbach, Head of Retail Markets at Absa.


Absa’s CashSend service simplifies transfer and withdrawal transactions across ATMs, Internet or cellphone banking with the use of a reference number and access code.


The success is due to its affordability, easy access, convenience and security, according to Rautenbach.


With 4.2 million over all mobile subscribers, the service is most popular in rural areas as a bank account is not a prerequisite for secure and convenient transacting.


“CashSend is a major vehicle to delivering a real opportunity to facilitate access to banking services on the move and in remote rural areas,” said Rautenbach.


Absa’s cell phone Banking Lite is used by approximately 30 percent of CashSend users, whereas 40 percent of personal loans in 2012 were approved through digital means.


Since 2011 the service usage has increased with 73 percent, adding to the 96 percent increase of eStatement use and the cell phone banking customer growth of three million new members.


With 5,100 Absa ATMs nationwide, Absa deems itself the largest network of any local bank.