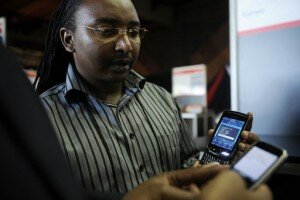 Pistorius trial will not be televised - court

The trial of South African Paralympian Oscar Pistorius will not be televised, the court has ruled, although an audio recording of the judgment will be permitted.


Pistorius has been charged with one count of murder over the death of his girlfriend Reeva Steenkamp in the early hours of yesterday morning, prompting a media frenzy, with reporters and photographers flocking to cover the developments.

But Magistrate Desmond Nair of Pretoria Magistrate’s Court ruled live recording would not take place at the trial.

The judge revealed a letter was submitted by state television broadcaster SABC requesting permission to televise the case or, alternatively, to record before and after the trial proceedings.

Requests for permission to cover the proceedings were also submitted by a number of other organisations, including eNews Channel Africa (eNCA).

At the start of today’s hearing, court officials tried to order that all mobile phones in the courtroom be switched off, to the dismay of a multitude of journalists intending to live-tweet the hearings.

The order was not enforced, with today’s hearing having been live-tweeted by many of those present.