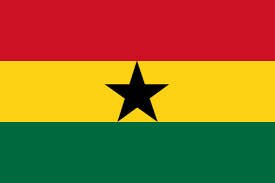 Ghanaian parliamentary monitoring website Odekro – which makes accounts of parliamentary proceedings available online – has seen a growing response from government and members of the public since it relaunched earlier this year.

The website makes the Hansards of the Ghanaian parliament – which detail proceedings – accessible and searchable, while also hosting information on parliament, committees and MPs.

Odekro was founded in November 2012 by Ghanaian companies Hutspace, Hatua Solutions and Pallion Ghana, with support and funding from mySociety and the Indigo Trust, but project lead Emmanuel Okyere told HumanIPO it experienced problems initially due to a lack of support from parliament and low uptake amongst the public.

“We did not get a good response from the soft-launch. We had a little over 200 signups, about 150 Facebook users and 80 Twitter followers over about a year,” he said. “We pushed out early to take advantage of the election season, but it appears that drowned us out instead of helping us.”

However, Okyere said, the site has experienced an upturn since it relaunched earlier this year, more than doubling its signups and social media followers in just a few months. This has been accompanied by Odekro receiving more help from the authorities than it did initially.

“When we started the site, parliament was not interested in collaborating with us, and giving us access to soft copies of the documents we wanted,” he said.

“But Hansards were available in hard copy, so we went out and bought a lot of hard copies, bought a scanner and got to work digitising the hard copies – which involved scanning, extracting text, correcting and verifying and then finally applying basic markup so our text parsers could import the text into our database.”

He said this has since changed, with Odekro now receiving soft copies of the Hansards and other documents from parliament, and collaborating to get the first of them online.

Okyere said there was still a large amount of work to do in building awareness of Odekro amongst MPs and the public, but his team was working on building this awareness and tackling misunderstandings.

“The MPs we have spoken to had never heard of the site, but their attitude towards it have been generally positive. Hon Kan Dapaah, MP for Afigya Sekyere, for instance mentioned that he cannot believe it had taken up till now for a site like Odekro to come, and commended us for our work,” he said.

“We had an incident when an MP threatened to sue us for putting information about her on Odekro with inaccuracies. We pointed out to her that the data came from the official parliamentary website, and worked with her to correct the inaccuracies.”

He said Odekro was performing a valuable democratic role for the people of Ghana, with electronic copies of the Hansards not readily available, with those wishing to obtain them having to physically visit parliament and purchase a copy of each day’s proceedings.

“Part of what we do is buy hard copies of the Hansard, and convert these into the digital versions presented on our website for citizens to access freely wherever in the world they find themselves,” Okyere said.

Odekro is designed, he said, to encourage Ghanaians to better understand parliament so they can become more involved in the democratic process between elections.

“Citizens in Ghana vote for MPs to represent their interests in parliament every four years, but then go to sleep and cannot access how they are actually being represented. And citizens generally find parliament itself intimidating, and generally do not know what happens there,” he said.

“We want citizens to know if and when their MPs speak, what they speak about, and whether they are generally representing the issues and views for which they voted them in. And we want MPs to monitor what their constituents are saying about their performance in government to make better decisions that are in line with what constituents expect.”

He said the team had plans to add further functionality to the site in the long-run, including a “How MPs Vote” section, but parliament itself needed to modernise and become more transparent if tools such as Odekro were to be able to provide a better service to Ghanaians.